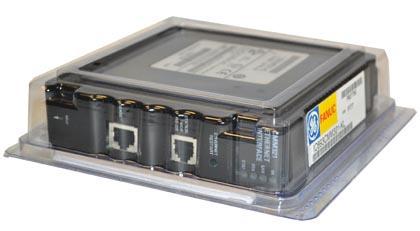 Need To Order A Specific Revision?

What is New Surplus?

These “New Surplus” units are a great cost saving alternative. This product is in the original manufacturer’s packaging with all sub-assemblies and documentation. Comes with a PLC Distribution Factory & Supply 3-year warranty.

What is Surplus New?

Reconditioned products from PLC Distribution Factory & Supply are a cost-effective alternative to new and obsoleted PLC products. Every part is reconditioned down to the circuit board level. All parts are thoroughly inspected and hand-cleaned before being functionally tested in a fully configured system.

We stand behind our prices with a 110% price match guarantee. If you buy a part from us and, within seven days of purchase, find that part advertised on an authorized distributor's website for less, simply contact us and give us a link to the lower advertised price and we'll refund you 110% of the difference between your purchase price and the advertised lower price. The part must be in-stock for immediate shipment and be in similar condition. All pricing must be displayed without signing in.

3-5 Days for most repairs. 24 hour repair upon request at no extra charge. If part is unrepairable, we will exchange with a working unit or return unrepaired.